#ME CRAFT #YOU INDUSTRY #WE DESIGN

A study day chaired by Sophie Krier and Erik Wong

WE INDUSTRY, WE CRAFT, WE DESIGN

YOU CRAFT, YOU INDUSTRY, YOU DESIGN

On material agency and making as a form of undisciplined thinking

ME INDUSTRY, ME CRAFT, ME DESIGN

On the wonder of perception, cognition, and interpretation

With Lorenzo Palmeri, architect and musician, designer of Navel, a modern epic for electric guitar.

Energy needs to travel in, out, and between physical, social, and cultural bodies: if it is left to accumulate in one of these, it can cause malfunctioning (illness, discrimination, colonisation). Similarly, money is meant to flow. If it gets stuck somewhere, it will cause a disease (corruption, greed). For this reason, artist Josef Beuys always kept stacks of banknotes in the pockets of his vest. Regularly, he would redistribute the money to whoever in the room had a good idea (1).

In three rounds of animated and speculative Talk Radio, hosts Erik Wong and Sophie Krier will explore possible connections between craftsmanship, industrial production, and the social realm with internationally renowned table guests. Which new configurations can we discern for tomorrow’s world? How can we address antagonistic attitudes and agendas of different societal groups? Which collective horizons of meaning can we imagine?

Sophie Krier (LU/BE), artist and researcher, develops tools for collective narration and reflection. Initially trained in textile design at the Design Academy Eindhoven, today she interweaves stories that connect beings and places. Through her situated practice, she invests herself in education, research, and interventions in public space at the intersection of art and deep ecology. Krier has curated exhibitions and symposia on questions related to craft versus industry, the future of education, the ethics of materials, the expanding visual field, artistic tactics for urban ecology, and how to inhabit frontiers. Between 2004 and 2009 she directed the undergraduate course designLAB (Rietveld Academie, NL). In 2008, Krier initiated Field Essays, an ongoing research in which she brings together artistic practitioners and thinkers in an effort to bridge the different forms of knowledge intrinsic to their practices. Field Essays takes the form of hybrid, occasional books published by Onomatopee. Krier currently directs Art & Design Practice, a program in the spirit of Liberal Arts & Sciences, which she developed by invitation of University College Roosevelt (NL), where she teaches each Fall. Since 2017, she is associate researcher of Ensadlab, Paris, in the context of a new chair, the Chaire Arts & Sciences.
sophiekrier.com

Trained as an editorial graphic designer, Erik Wong (1964) conceived and realised numerous books, websites, campaigns, and exhibitions with fashion, architecture, technology, and queer culture as a main editorial focus. Ten years ago he started Wongema, ‘a home at the end of the world’: a workspace/residence in a converted village café in the far north-west of the Netherlands. An analog space for work, play, and unexpected encounters. Wong’s skills as (art school) teacher, copy writer, art director, programmer, and designer have made Wongema ‘a place like no other’: for locals, city slickers and international guests. Recently he started Radio Wongema, a podcast about everything. Wong met Sophie Krier at the Rietveld Academy where they were respectively running a textile/text and design department. They fell in love professionally and work together whenever the universe allows them to.
wongema.nl

(1) Beuys once said this to visual artist and writer Louwrien Wijers who worked alongside him between 1968 and 1986. Louwrien Wijers (1941) organised the remarkable series of conversations Art meets Science and Spirituality in a changing Economy (1990) in the Stedelijk Museum Amsterdam. 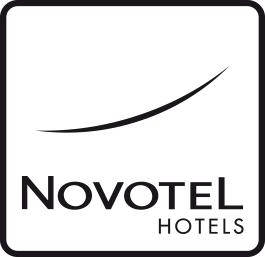